Everything in a watershed is connected, including the natural areas, developed areas, the plants, animals, and each of us. When our Tualatin River Watershed is healthy, our communities are healthy. Our actions — especially how we build our communities and care for our environment — impact our health.

Ever wonder why we’re warned at campgrounds to never transport firewood from one campground to another or state to state? Slowing the spread of a beetle that could wipe out Oregon’s ash trees — the most common native tree shading our region’s waterways and wetlands — is one very good reason.

On June 30, 2022, the Oregon Department of Agriculture (ODA) and Oregon Department of Forestry (ODF) determined that the invasive Emerald Ash Borer (EAB) has infested an Oregon ash tree at Joseph Gale Elementary School in Forest Grove. This was the first confirmed infestation of the EAB in Oregon and the entire West Coast.

“EAB is native to eastern Asia and has spread to about three-dozen states since its first detection in Michigan two decades ago,” ODA reports. “EAB is now considered the most destructive forest pest in North America. Although harmless to people, pets, and animals, it has proven deadly to all ash species in North American and Europe, including the native Oregon ash (Fraxinus latifolia).”

The EAB has the potential to cause the local extinction of Oregon’s native ash species. The EAB and ash trees in Asia have evolved together over millions of years. North America’s native ash trees have had no time to evolve methods to protect themselves from the EAB. Native ash makes up about 70% of the Willamette Valley forests that surround rivers and streams, meaning the EAB may be even more impactful here than in other parts of the U.S. such as the Midwest, where ash was part of a more diverse forest canopy.

Everyone in Oregon is encouraged to learn how to identify ash trees, emerald ash borers, and the signs and symptoms of infestation. Report any EAB sightings and infestations to the Oregon Invasive Species Hotline. If you have a confirmed EAB infestation on your property, work with a professional arborist.

While alarming, the EAB’s arrival was not a surprise for Clean Water Services (CWS) staff dedicated to restoring and preserving the Tualatin River Watershed to protect the health of our community, our water, and our environment.

“We knew this was coming,” said Jill Erickson, who manages stewardship services in our Natural Systems Enhancement & Stewardship department. “Shading the Tualatin River and its tributary streams is a vital part of meeting our requirements for keeping the water at a healthy temperature. With our Tree for All partners, we add a million plants to the watershed every year, and we’ve been building resilience to threats like the emerald ash borer by increasing plant diversity at our sites.”

One important way to protect healthy rivers is planting a diversity of trees that are native to the region. In this way, when one type of tree — like the ash — is threatened, there are many more trees to provide shade, food, and habitat.

CWS staff are currently mapping ash trees in the watershed to help form a long-term replacement strategy for the threatened trees. In July, we placed seven EAB traps in Forest Grove near the confirmed infested tree, including six around the southern perimeter of Fernhill. This early survey will help us understand where the beetles are currently and develop a plan to address their impacts.

Help slow the spread of the Emerald Ash Borer 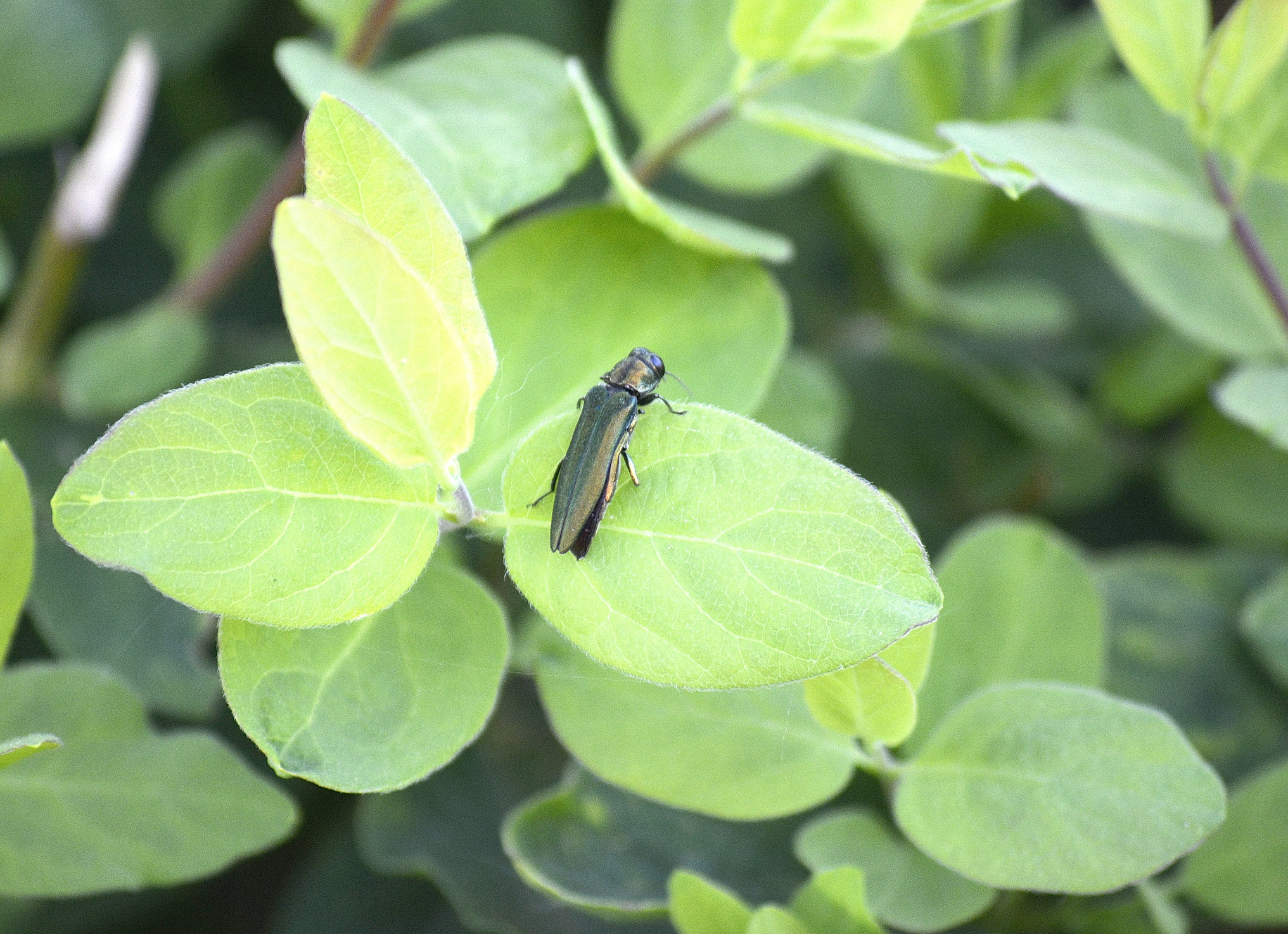