Thank you to community members who have expressed concerns about flooding on the Fanno Creek Trail. To decrease the frequency of trail flooding under Scholls Ferry Road, CWS has raised the elevation of the trail.

The work began in August 2022 and was completed in late September 2022. The trail is once again open for public use under Scholls Ferry Road.

While flooding is natural along the creek in the wetter months, especially in winter, it occurred later into the summer of 2022 than is typical due to record-high spring rainfall.  CWS attempted to help reduce impacts in the short term by lowering the beaver dam downstream from Scholls Ferry Road twice in July, but the beavers quickly rebuilt the dam.

The project to raise the path initially went to bid in 2021, but no bids were received. CWS rebid the project this year, but the bids came in significantly over the amount of funding available and it looked like the project would have to be deferred for another year to find funding.

However, CWS was able to re-prioritize other projects to elevate the path with in-house construction crews to most effectively use ratepayer dollars, and collaborated with the City of Tigard and Tualatin Hills Park & Recreation District to quickly prepare the area for construction.

Find information on the Fanno Creek Trail and other planned improvements from Tualatin Hills Parks & Recreation District and City of Tigard. 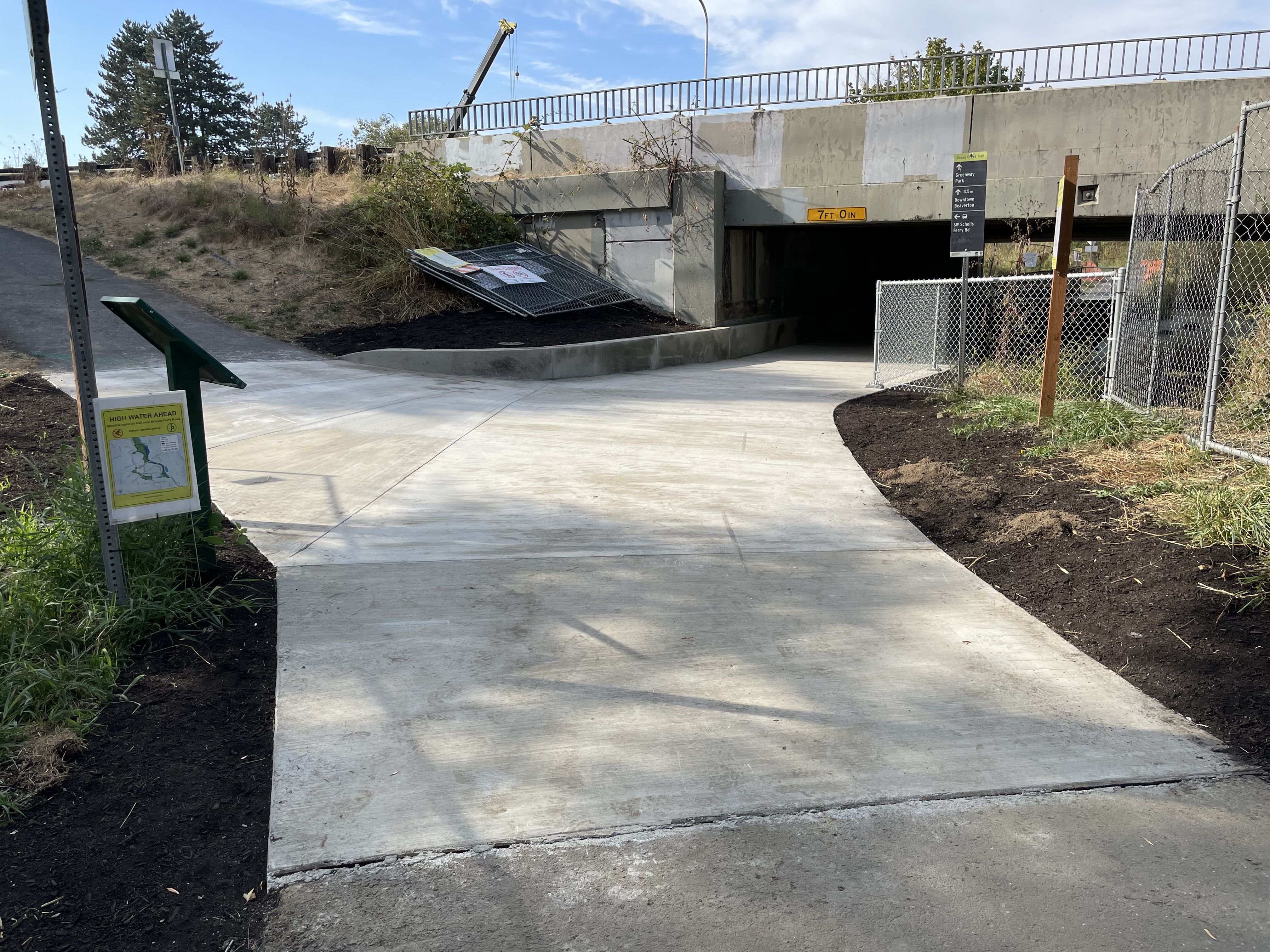